Retina Finland (formerly The Finnish Retinitis Society) was founded in 1973. It is thus one of the oldest RP Societies in the world. The most of the members have been diagnosed with retinitis pigmentosa but the Society has always welcomed members with other hereditary retinal dystrophies as well - including macular degeneration. The Society acts as a first-aid unit for the newly diagnosed patients by giving support and information.

The Society maintains good relationships with eye clinics, rehabilitation counsellors and researchers as well as with other organizations of visually impaired. Most of the newly diagnosed people get their first contact with the Society through these co-operation groups.

Retina Finland was one of the founders of Retina International (formerly the International Retinitis Pigmentosa Association or IRPA) in 1978 together with USA, Great Britain, Australia, and Germany. Finland hosted successfully the third World Conference of IRPA in 1984 and again in 2008 the 15th World Congress in Finlandia Hall, Helsinki. 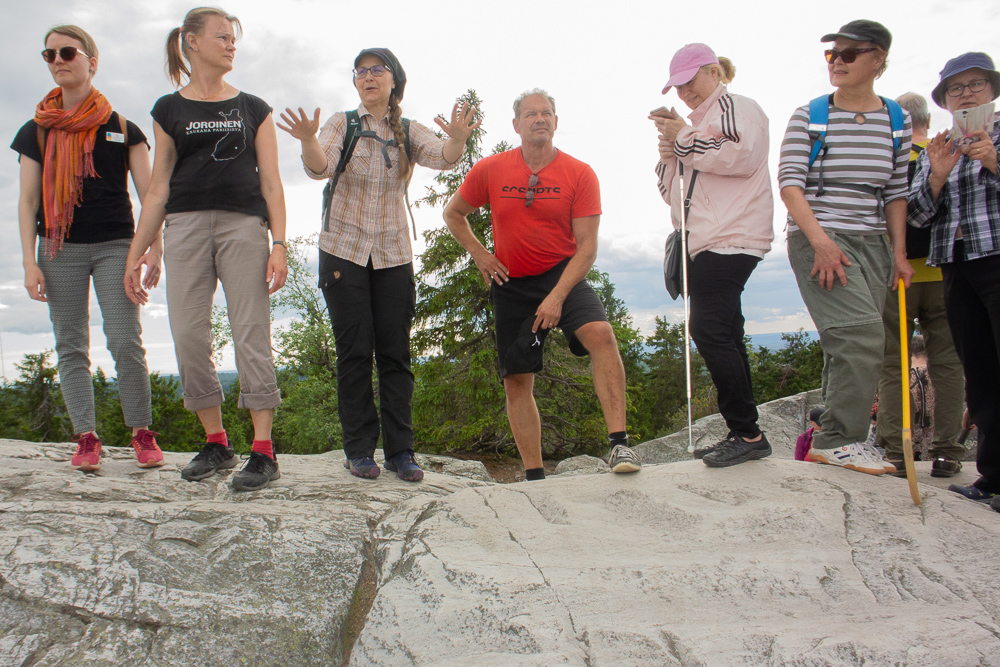 Retina Finland publishes a bi-annual magazine called Retina. Magazine is mailed to the members, the eye clinics of the Central Hospitals, Finnish ophthalmologists and rehabilitation counsellors. It has some readers also in Estonia. The circulation of each edition is about 1500. The magazine is available in large print, in Daisy  and in electronic form.

A small bulletin about the coming events and other news is mailed to the members a couple of times a year.

"Walking hats and other anecdotes related to retinitis"

Retina Finland have a publication with name "Walking hats and other anecdotes related to retinitis" . Persons with Retinal Dystrophies often find themselves in unexpected and awkward situations due to their condition. Some of them are embarrassing, but most are hilarious, depending on how the patient and the people around him or her understand the reasons behind a certain unusual behaviour.The majority of “Walking Hats” consists of clearly written medical explanations about different types of retinal dystrophies and how they affect the patient’s ability to see and function in daily life. In addition, all sections are accompanied by short, real life stories written by the patients themselves. The publication is in PDF-format. Please click Walking hats.

Retina Finland arranges two official meetings a year, one in spring, the other in autumn. They are held in different towns in order to offer all the members an equal opportunity to attend. Part of the travell costs of the members and their guides are paid by the Society. Representatives from other organisations for the visually impaired are also invited to these meetings.

The meeting for new members is arranged once a year to introduce the Society and its activities and to allow new members to meet each other.

Every year early in the summer there is a special weekend for the members to spend time and change experiences with each other.

In the districts of Finland, the people affected with RP have founded their own clubs, meeting every month, or at least once or twice a year. Each meeting has a special theme, and experts are invited to introduce the subject for discussion.

Retina Finland has founded a fund to support RP research. The medical advisory board of the Society works actively and its members are professors of University Central Hospitals, genetic researchers and other specialists working on the field.